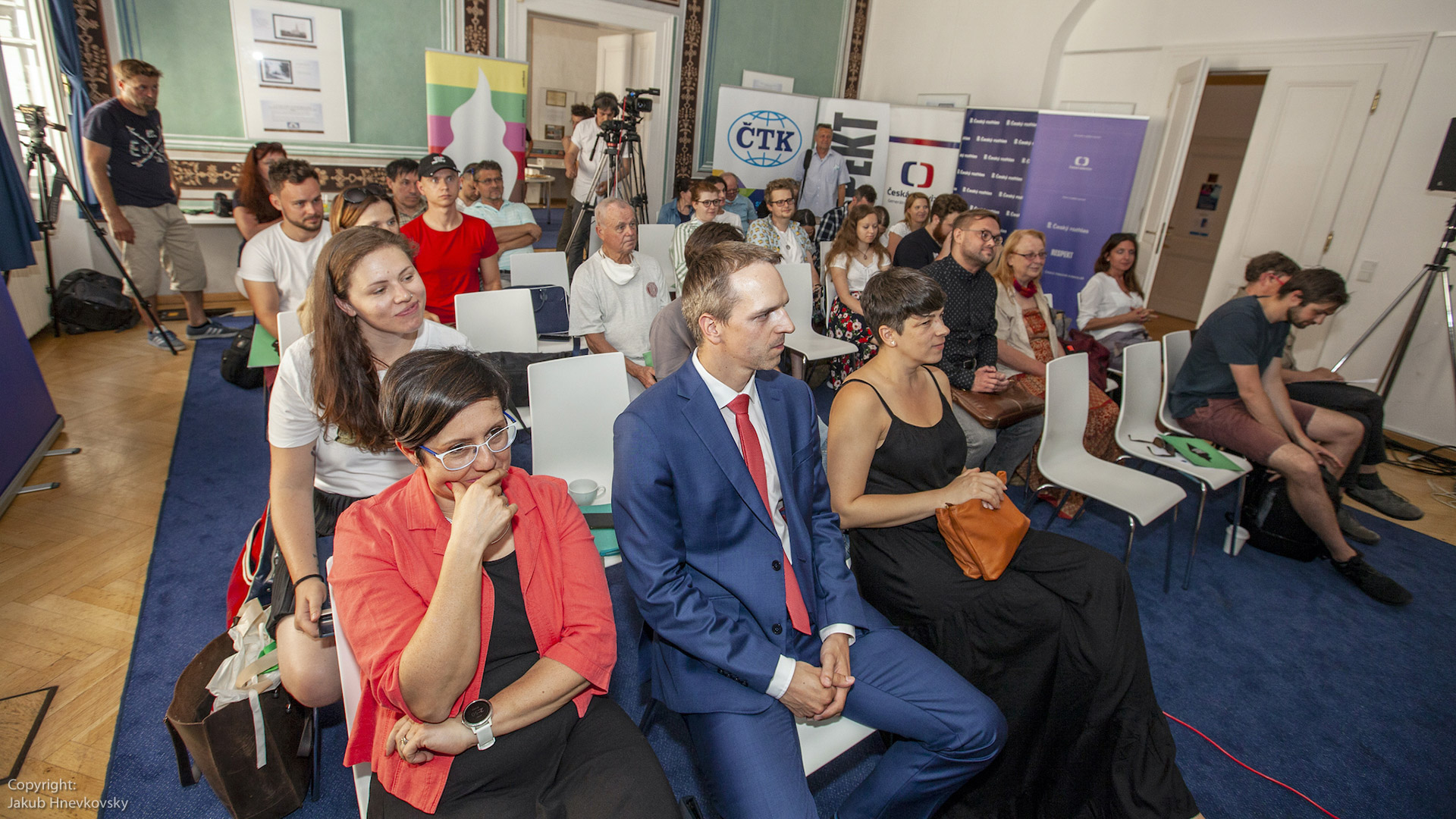 The first press conference of the 46. Summer Film School Uherské Hradiště was held on Wednesday, July 1, at the American Center in Prague. The festival’s team announced this year’s programme and the latest news. It introduced the festival’s new main partner, the Redside investment company, and launched the official sale of tickets and festival passes.

The recording of the whole conference with the festival director, Radana Korená, directors of programming, Iva Hejlíčková and Jan Jílek, marketing director, Silvie Suchnová, and the festival programmer, Jaroslav Sedláček, can be found here. The press conference also hosted the Czech film director, Slávek Horák, whose latest film, Havel, will be premiered at this year’s SFS. A short speech was given by Michal Zachar from Redside. An introduction of our general partner, Czech Television, and main media partners, including the Respekt magazine, was followed by Jaroslava Haladová from Czech Radio and her announcement of this year’s expert programmes of Czech Radio Vltava, Czech Radio Wave, and mujRozhlas. Radka Marková from CTK talked about further expert programme initiatives, exhibitions, and the CTK Summer School.
46. Summer Film School will last for six days from Friday, August 7, to Wednesday, August 12, and the whole festival’s team has already been looking forward to all of you. The main guests for this year’s edition are Hanna Schygulla, Krystyna Zachwatowicz-Wajda, Vladimír Körner, Rafał Syska, and Bohdan Karásek. The main programme sections are Retrospective: Andrzej Wajda, Unknown Soldier: Danny Kane, Story of a Film: Rome, Open City, Eastern Promises, FAMU History 2: Free New Wave or New Czech and Slovak Films (Havel). The detailed programme is available here. Our new festival trailer has also been revealed.
We would like to express our thanks to the US Embassy in Prague for providing premises and CTK for online broadcasting. The festival’s daily programme will be announced in mid-July. Our next press conference will take place on Friday, August 7, in Uherské Hradiště.

46. Summer Film School Uherské Hradiště, all colours of film will shine from August 7 to August 12, 2020.